Many people are drawn to North Norfolk for its beautiful coastline and variety of beaches. Whether you’re looking for a peaceful walk with your pooch, crystal clear rock pools for finding tiny crabs and other small sea-life, or simply a fun day out at the seaside Cromer is well worth a visit with its traditional pier and amusement arcade, and lovely sandy beach with its colourful beach huts. 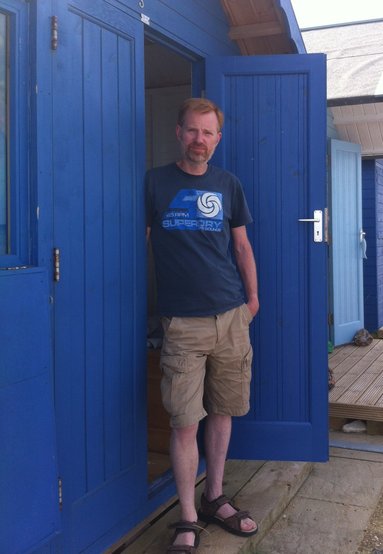 Richard at his hut

Richard Balls, 47, grew up in Norfolk and can attest to the beautiful coastline on offer.

“I moved away from the area for a while before returning again 16 years ago and visit North Norfolk regularly. My family and I really enjoy spending time on the beach at Happisburgh and Winterton-on-Sea – my daughters go body-boarding in the sea and play with our dog, Manny. I love the whole North Norfolk area but have a soft spot for Cromer in particular, which is my favourite beach to visit.”

Richard’s childhood growing up near the coast has given him life-long nostalgia for the seaside.

“I went on family holidays to Cromer beach from the age of two, so it has a special charm for me. It’s always beautifully clean, is safe for swimming and has tonnes of space when the tide is out. There is also plenty to do if the weather isn’t good, like going to the amusement park, shopping or having a meal out.”

As one of a dwindling number of traditional seaside towns, the beach hosts rows of iconic coloured beach huts which are available to rent annually or buy from the local council.

“In 2012 we bought our beach hut, together with my sister’s family, as we wanted another reason to keep spending time there. A hut also means you don‘t have to carry deck chairs, body boards and other beach stuff down steep cliff paths each time you visit, plus it gives you a refuge if it starts to rain. We were on the waiting list for years but it was definitely worth the wait.

“We use it as often as we can on sunny weekends and more frequently during the summer holidays. Sometimes we go when the weather is cooler to walk the dog or eat fish & chips.”

When Richard and his family visit, they always try to fit in as much as possible.

“A typical day visit for us would be to arrive at lunchtime for a picnic on the beach or fish & chips from Mary Janes in the town. We spend the afternoon enjoying the sun, playing on the beach with the children and the dog, swimming in the sea, going for an ice cream and maybe visiting the shops or the pier.” 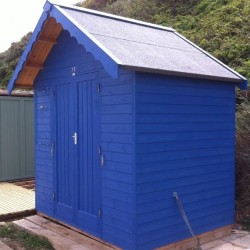 If sunbathing isn’t your thing, Cromer beach has plenty of other activities on offer.

“You can find small crabs and other sea-life in the rock pools and you can spot birds like common terns, herring and black-headed gulls, cormorants and small wading birds. Occasionally you can spot a seal too.

“There are cafés and ice cream shops on the seafront and you can pick up buckets, spades, crab nets, surf boards and souvenirs cheaply from the shop.”

The Glide Surf School in Cromer offers private or group surfing lessons for all ages and abilities. Their standing paddle boarding lessons are ever popular and are ideal for when there aren’t strong enough waves for surfing.

The Victorian Pier is an iconic landmark for Cromer. Jutting out from the beach, it has survived strong weather conditions since its construction in 1901, and Cromer Pier shows are still held at the Pavilion Theatre.

“The Cromer Pier Show is now in its 38th year and is the only ‘end of the pier’ show of its kind in Europe. There has been a pier in Cromer, with entertainment, since 1901, so the pier and its theatre are of great historical importance to the area.

“We produce a summer show and Christmas show every year – both traditional variety shows. The summer show runs for 3 months starting mid-June. Some famous faces have taken to the stage here including Bradley Walsh and Steve Hewlett (a finalist on Britain’s Got Talent). The shows are still going because they offer something for everyone. Not only is it a unique show, being the only one in Europe, but it’s accessible to all. It also harks back to the good old days when the British public holidayed at seaside resorts and wanted to be entertained by comedians, dancers, singers and specialist variety acts – all mixed together with a bit of saucy postcard humour, west end ballads, beautiful ballet routines and some modern twists on performance chucked in as well.” 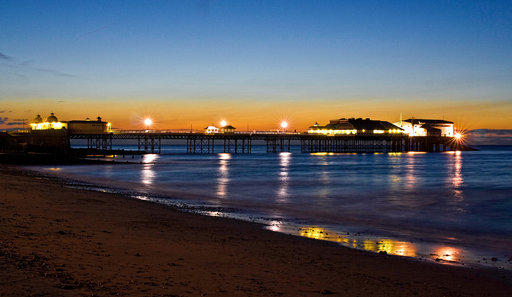 The pier at sunset

Jo is understandably very proud of the numerous accolades the pier show has received over the years.

“Cromer Pier has been awarded Pier of the Year 2015, which we are delighted about. The summer show this year has also received 5 star reviews from the leading industry paper, The Stage, and we are receiving some fantastic feedback about it from our audience.”

Jo thinks the local town plays a big part in bringing tourists to the shows. 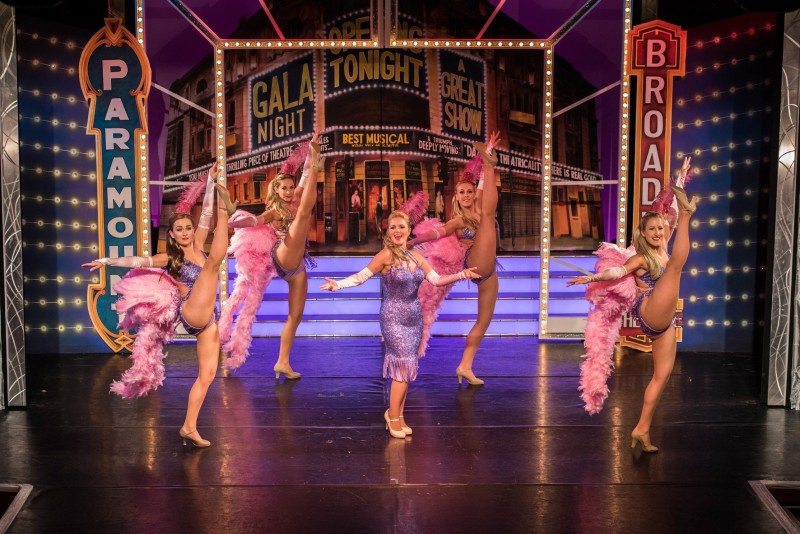 “Cromer has so much to offer visitors. Not only is there an award winning pier but there’s Amazona Zoo, blue flag awarded beaches, tonnes of lovely little cafes where you can get fish & chips or famous Cromer crab salads, sea views that are second to none and, most importantly, friendly locals to make your visit enjoyable.”

There’s also an RNLI station on the pier, one of the two stations at Cromer, which is free to the public and houses the all-weather Tamar class lifeboat Lester, plus information about the RNLI history of the area.

The town itself has plenty to see and do as well. If your feet need a rest try the Cromer Roadrunner train, which takes you on a quick trip around the town, going past the boating lake and finishing by the West Promenade car park.

Cromer’s Victorian side streets contain boutique shops selling a range of goods, including local art, gifts, clothes and food produce. Freshly caught Cromer crabs are well known as being the finest in the area, and Richard recommends trying them or other fish dishes at one of the many food places available.

“There are plenty of places to eat, including No 1 Fish & Chip restaurant, which was ranked by The Times as the sixth best place to eat by the sea. The Lifeboat Café, Rocket House Café and Mary Jane’s fish bar are my favourite places to visit.”

“For those wanting a bit of history, there’s the RNLI Henry Blogg Museum on the pier, Cromer Museum and the Garden House Gallery.

“Local festivities include the famous Cromer and Sheringham Crab & Lobster Festival which takes place in May every year and includes cookery demonstrations on the seafront. The art and food trails run until late August and it ends with the World Pier Crabbing Championships and a charity auction on Cromer pier. The Folk on The Pier festival and the Cromer carnival are both worth visiting over the summer too.”